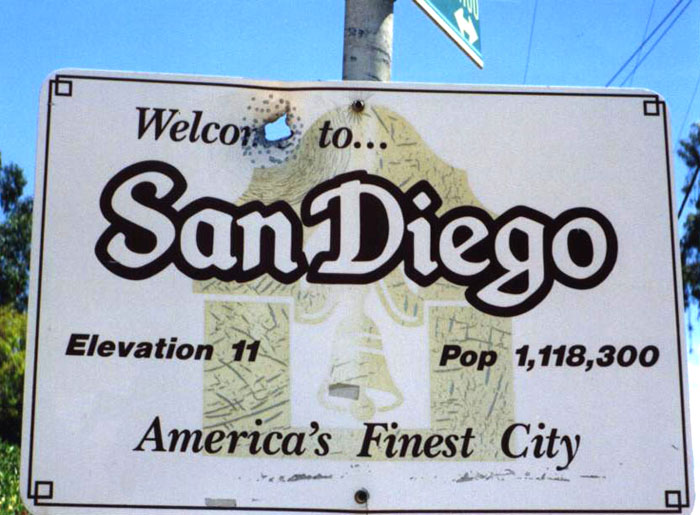 The city of San Diego has deep roots.  In fact, the first Europeans ever to set foot on the west coast came ashore at what was to become San Diego.  The architecture of Old Town and the Mission San Diego de Alcalá bear witness to her Spanish history.   Each year the city plays host to millions of visitors who flock to Sea World, The USS Midway, and the world-renowned San Diego Zoo in Balboa Park.  As San Diego nears her 250th anniversary, the city is looking forward, and Centre City is exploding with construction activity.  As of early 2016, 6.4 billion dollars in new construction was underway or in the planning stages.  Consequently, utility location in San Diego has the town decorated with tiny flags and colorful spray paint marks.  Concrete scanning and ground penetrating radar (GPR) technicians have been kept hopping.

Those colorful street markings–lines, diamonds, and letters–might resemble graffiti at first glance, but they serve a critically important function.  Utility location in San Diego prevents construction workers from digging in a spot that might result in the rupture of a pipe or conduit.  Such accidents can result in costly construction delays, interruption of utility service, damage to property, and serious injuries or death.  The need for effective utility location in Southern California became apparent following a catastrophic accident near Culver City in June, 1976.  Workers widening Venice Boulevard cut into a Standard Oil pipeline, spewing thousands of gallons of gasoline into the air.  The resulting explosion and fire destroyed the north side of the entire 9500 block of Venice Boulevard and killed nine people.  This accident took place well before GPR and concrete scanning were commercially available, so the construction workers had been using unreliable test borings that showed they had an 18” depth beneath the surface of the street before they hit the pipeline.

Within three months of the explosion, DigAlert, the Underground Service Alert of Southern California, was created.  For utility location in San Diego, one call brings representatives of the companies known to have lines at the dig site.  Within two days, sites are marked with flags and temporary spray paint that show the location of any utilities. While the street markings may not mean much to the average passerby, they are color-coded using a system created by the American Public Works Association.  Each color reflects the type of utility running beneath the ground.  For example, a blue mark indicates a potable water line while a red one denotes an electric line.   Among other utilities, the rainbow of colored marks designate wastewater, telecommunications, cable television, oil, natural gas, reclaimed water, lightning cables, and alarm systems.

One call utility location, however, only marks the approximate location of a line; the subterranean line may be 24” on either side of the mark, and there is no indication of depth.  For determining depth, contractors rely on GPR.  High frequency concrete scanning can penetrate nearly two feet with good resolution, showing conduits, rebar, and any existing voids.  While GPR can be limited by an abundance of underlying metal reinforcement, concrete scanning nevertheless provides a good real time image of the subsurface.  Whether you are engaged in new construction, renovation, or demolition, concrete scanning is non-invasive and allows you to proceed safely and confidently.