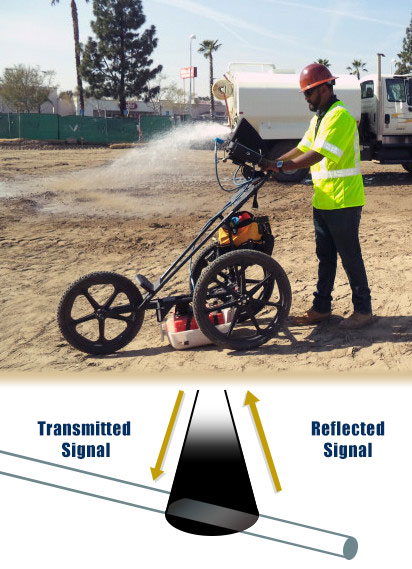 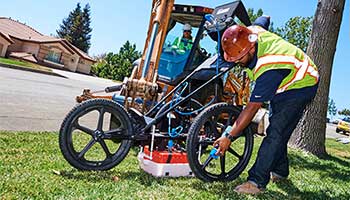 Ground Penetrating Radar (GPR) has proven invaluable for builders, engineers, and utility companies. GPR uses electromagnetic energy to locate what lies beneath the surface, calculating depth by the travel time of the reflected signal.   One of its primary uses is utility location, although professionals in a variety of fields value its capabilities.

The technology isn’t as new as it sounds.  Using GPR to see beneath the surface of the earth may seem like the latest in 21st century technology, but it actually has its roots early in the 1900’s.  Only six years after the original patent for radar was filed in 1904, a patent application was obtained for using GPR to detect subsurface objects.  The expensive technology, however, was barely used for the next few decades.   After World War II, the military recognized the potential of GPR and began using it to locate tunnels in the demilitarized zone during the Korean War.  The widespread use of GPR for utility location and other tasks was still a long way off due to high costs.

In the mid-eighties GPR equipment finally came down in price which was a boon for builders and engineers everywhere.   Around the world and here in Los Angeles, GPR suddenly made finding subsurface obstructions safer and more accurate.  Since unwelcome underground surprises can be disastrous, causing injury or expensive delays, the ability to employ GPR for utility location has been a game changer for many industries.

GPR is prized for various applications.  In addition to simply locating subsurface utilities, GPR can detect their condition and activity, making it an invaluable tool for many utility companies.  It can pinpoint cracks or reveal voids beneath slabs of concrete as well as detect the location of conduits or rebar in a concrete structure.  Almost any profession that needs to be able to find subsurface objects has found GPR to be a useful tool. The technology has found applications in engineering, construction, archaeology, and the military. 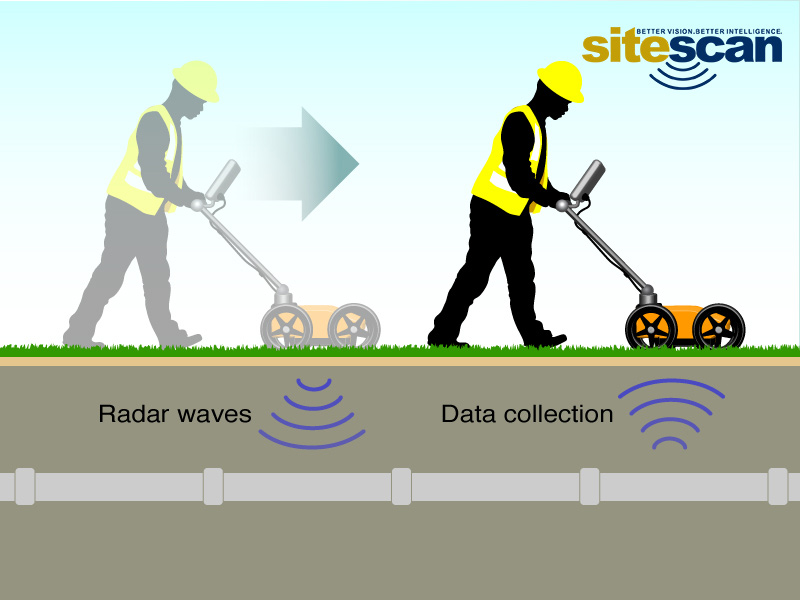 Just how deep can GPR go? Because GPR uses electromagnetic energy, the answer depends on the conductivity of the soil or other material being examined.  The higher the conductivity, the shallower the penetration will be.  For clay soils or very moist soil, the depth of penetration can be limited to less than a meter; for dry, sandy soil or granite, GPR can reach depths up to thirty meters.  Using a lower frequency can increase the depth penetration, but there’s a trade off: what you gain in depth, you lose in resolution.  Regardless, GPR offers the most non-destructive means of learning what the subsurface holds.

The last decade has seen more refinement in GPR equipment.  In Los Angeles, GPR offers a non-invasive, non-destructive tool for detecting what lies beneath the surface of the ground.  It saves time and money in locating underground obstructions, and it helps prevent inconvenient and potentially hazardous surprises.  Whether you are a contractor needing to locate a utility pipe or an engineer trying to detect voids within a concrete structure, GPR can provide reliable data to ensure onsite safety.